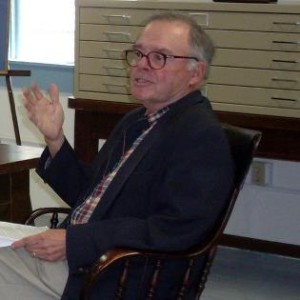 In Search of Roger Williams

Rhode Island historian and RIC Emeritus Professor J. Stanley Lemons will present In Search of Roger Williams, a lecture about the evolving images of the founder of Rhode Island, on Thursday, March 27, 7-8:30 p.m. in the Forman Center, Room C, at Rhode Island College, 600 Mt. Pleasant Ave., Providence. Co-sponsored by the RIC Department of History and the Ridgway F. Shinn Jr. Study Abroad Fund, this event is free and open to the public.

More books have been written about Roger Williams than any other 17th-century American, but some of the facts about Williams are simply fiction, said Lemons.

For example, writers have referred to Williams, a Protestant theologian who founded Rhode Island as a haven for religious liberty, as a “Seeker.” Williams was not a Seeker, said Lemons; this label was first given to him by his opponents. “In the 1640s, to discredit someone, you called him a Seeker, which was like calling someone a Communist in the 1950s,” he said. “Seekers were considered a heretical group who denied the divinity of Christ and the existence of Heaven and Hell, among other Christian doctrines. These were beliefs that Williams abhorred. He was a Puritan, a deeply religious man, who considered himself a witness for Christianity. His writings are saturated with biblical quotations and references to Scripture.”
By the mid-19th century, when the idea of religious liberty had come to be regarded as part of the American way of life, Williams was raised to heroic stature, said Lemons. “During that time, Williams was characterized not as a religious man but as a philosophical champion of democracy, so much so that they nearly transformed him into a New Deal Democrat by the 1930s. This was the gravest misconception by writers, because they stripped the theologian of his deeply religious character,” he said.

Lemons has twice been recognized by the American Association of State and Local History with the Award of Merit (their highest award) for his contributions to Rhode Island history. He served as professor of history at Rhode Island College for 39 years and is author of “The Elect: Rhode Island’s Women Legislators, 1922-1990” (1990); “FIRST: The First Baptist Church in America” (2001); and “Rhode Island: The Ocean State” (2004). In 2013 he contributed a volume to the “Baptists in Early North America” series and this August, Baylor University Press is publishing a book co-authored by Lemons, Linford Fisher and Lucas Mason-Brown titled “Decoding Roger Williams: The Lost Essay of Rhode Island’s Founding Father.”

Established in 1854, Rhode Island College serves approximately 9,000 graduate and undergraduate students through its five schools: the Faculty of Arts and Sciences, the Feinstein School of Education and Human Development, the School of Social Work, the School of Management and the School of Nursing. For more information, visit http://www.ric.edu. 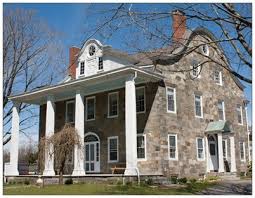 Hearthside House will open for the season on Sunday, March 9.

Do you have an idea for an interesting and entertaining idea for a program at BVHS?  Please share it with us or better still join our Program Committee.  The more input from our members, the better we can serve you.  Please contact Susan Clarke at susanraeclarke@gmail.com .

BVHS would like to acknowledge the one hundredth anniversary of the start of World War I by honoring those local men who served in that war.  If you have a relative who served in that war we would like to collect photos, military rank and service history and biographies of that loved one to use in a special display we are planning.  These will then be kept in our archives to document the Blackstone Valley s contribution to this historic event.  If you have questions or wish to contribute to this project, please call or email Susan Clarke at 451-0921 or susanraeclarke@gmail.com.

The Cumberland Park and Recreational Department is holding its first Historical Scavenger Hunt.  Join in and receive a “time traveler” passport that will send you to find 10 locations using clues that span four centuries of Cumberland history.

The official registration day is Saturday, March 8 at the Diamond Hill Ski Park Lodge Building, noon to 3:00 p.m., but you can register early by calling 401-334-9996.   The fee is $10 per team or $5 for an individual.  Participants will have until Saturday, March 30 to complete the hunt.

This exhibit  at the State Archives features a multitude of images and original manuscripts dating from the nineteenth and early twentieth centuries in the Blackstone Valley, many from businesses in Woonsocket at the turn of the century.

A Slice of Life (Past) is FREE and open to the public weekdays from 8:30 a.m. to 4:30 p.m. through April 30, 2014.  FREE validated parking is available at the nearby In-Town Parking lot at the corner of Snow and Westminster Streets.

See the Virtual Exhibit on the State Archives Website

Will be sold at all BVHS events – buy yours now and support this worthy cause! 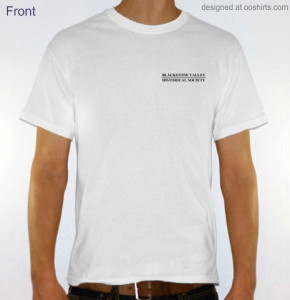 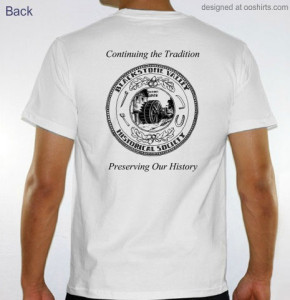 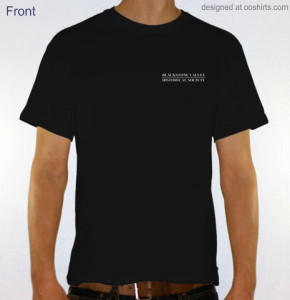 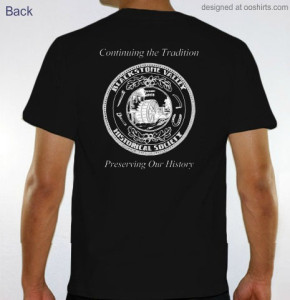 With the assistance of grants from the Champlin Foundations and the 1772 Foundation, the windows of North Gate were restored and repaired.  In addition, “invisible” storm windows were installed for greater energy efficiency.  The work has just been completed by the Architectural Preservation Group.