On February 20-21, the BVHS exhibited some of the records and memorabilia from the Lime Rock Grange #22.  Some of this material can be seen in the Online Exhibit on this website.  Below: Some photographs of the exhibit. 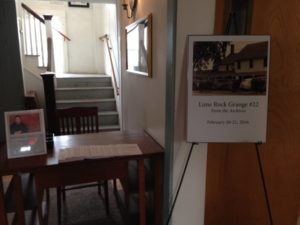 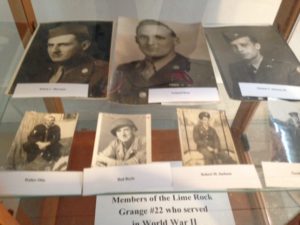 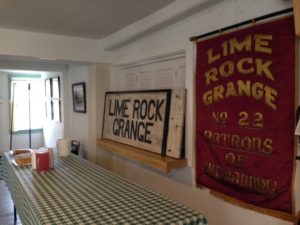 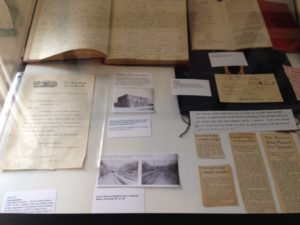 Ken Postle is intense. Let me rephrase that; you haven’t met intense until you’ve met Ken Postle. I decided one of the best ways to convey his enthusiasm would be to check out his frequent Facebook posts throughout February and offer you some highlights. His posts are tireless, inspirational, beautiful and emotional. Let’s start with this – If you’re an avid reader of The Valley Breeze, you might find the name Ken Postle slightly familiar. It’s because he’s been part of a news story in the periodical 5 different times in February. (Maybe more?) He was involved in coverage concerning the Lincoln Conservation Commission, as well as the Lincoln Town Council’s, work in regard to cemetery restoration and preservation. Ken, along with BVHS Vice President John Houghton, stood before the Commission and was awarded 600 dollars for restoration work. From there, the Town Council voted to enact stricter legislation on construction near cemeteries, hopefully ensuring their protection. He was instrumental in Pawtucket removing debris that had been allowed to pile up on gravesites behind the public works building. This was a problem that government officials had promised a resolution to years ago. Ken refused it to be swept under the rug. Finally, he was interviewed about the terrible condition of historic cemeteries in North Providence. One theme runs through all these news stories: cemeteries. Ken Postle is enthusiastically working to uncover, preserve and restore historic cemeteries through the Blackstone Valley; right now he’s focused in Lincoln and North Providence.

His Facebook group, River Road, Blackstone River and Canal Cemeteries, shows just how committed he is; and how nothing stands in the way of Ken Postle. On February 6th, for instance, traveling in his wife’s car, he breaks down with a dead battery. Now for me, after waiting in the cold for a jump, I would have called it a day and gone home to some junk TV and high calorie food. Ken Postle, however, made the rounds in Pawtucket, checking up on cemeteries and seeing if progress had been made on the aforementioned debris removal. After discovering a cemetery in North Providence, Ken pulled out a banner day on February 20th. He spent the morning answering e-mails about gravesites and met with the Town Historian, Tom Greene. After that, he shot over to the Sons of the American Revolution Banquet where he was awarded the bronze medal for local preservation efforts. Again, for me, this is a pretty good day, and after the free meal from the S.A.R., I would have gone home and spent the night finding the perfect spot for my medal. Ken Postle pulled on his boots (or maybe he was already wearing them) and spent the rest of the day (right up until dark) cleaning up the newly found plots at NP4, or Sunset Cemetery. He gets his new phone activated on the 21st and instead of calling his friends and installing apps, Ken drives out and tests the camera under the full moon at Sunset Cemetery. This is the type of person Ken Postle is; relentless and incredible. Keep in mind, this is his “side job”. This is his unpaid weekend hobby. Ken works fulltime during the week. He has a lovely wife, 4 amazing children and 2 precious grandkids. His passion for cemetery restoration is exemplified by how critical it is to him that he still fit it into his already busy life.

He has uncovered more than 3000 memorials, most of them Vets and their families. He has obstacles. He has to listen to critics and naysayers who come out and sneer at what he does. People sometimes can’t help but try and get others down by telling them their work is futile. They try to dishearten you by reminding you of how big the task at hand is. Ken’s heart is too strong to be conquered. He is reminded of the grace behind his work when a family gets connected to their ancestors. His work isn’t futile when he sees that spark in other volunteers. It comes in that moment when they uncover something broken and are able to see it fixed.

What does Ken want out of 2016? “I want to continue recovering the fragile and missing in our local connecting communities, while empowering the neighbors of the yards to restore and preserve what we have found-the more civic and school groups we can encourage and involve the better. In Pawtucket, our work efforts led to local school kids doing essay contests, flaggings and parades to honor our fallen and living veterans-I would like to see similar efforts start in Lincoln, Cumberland and North Providence. As always, the work goes on one stone and yard at a time-we can’t get discouraged by the enormity of the missing and neglected, instead we need take advantage of every opportunity to raise awareness and awaken folk to the buried treasures in their midst…” Let’s help him succeed. Donations can be made to BVHS on Ken’s behalf. Attend our lecture on March 30th at 7 P.M. to meet Ken yourself. 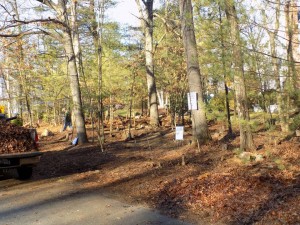 The Lincoln Conservation Commission voted to sponsor a cleanup at the Lampercock Lane Cemetery (LN044) on April 16, 2016.

The retired police and firefighters under the direction of Gerry O’Connor hosted a trash and leaf cleanup at Mineral Spring Veteran’s Cemetery. Donations of water, work gloves, muscle donations or picture taking were welcome. 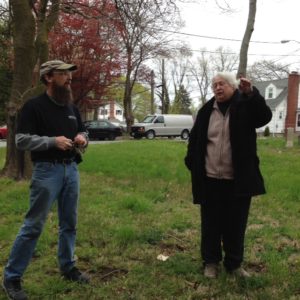 We met at Saylesville Friend’s Meeting House, 374 Great Rd, Lincoln, RI 02865 and traveled to several sites (your own car), ending at the Lampercock Lane Cemetery.   A few pictures from the day are shown. 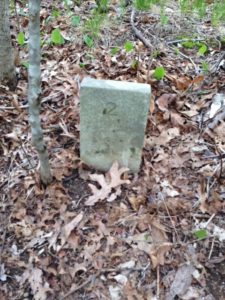 Andy has been playing jazz professionally since he was seventeen. All who have known him, worked with him or heard him play jazz are agreed that he is a world class jazz pianist in the tradition of Oscar Peterson, Dave Brubeck and Dave McKenna. He is renowned for his sensitive performance of Gershwin classics. He has played with such well known jazz greats as Tony Bennett.

John Curzio on string bass and Joe Holtzman on drums, both of whom have performed throughout the U.S. in large and small jazz ensembles, joined Andy for a wonderful afternoon concert.

On July 13, Bob Ferri gave his annual tour of Cogswell Tower in Jenks Park in Central Falls.  Rui Almeida told us a little about the work that has been done on the park by the city of Central Falls and Dan Bethel was there with a fascinating display of pictures and postcards of the tower from his collections.

Ray Wolf, author of “The Scituate Reservoir”, and many other books of local history, will talk about his book “World War II”, written from the logbook written by John E. O’Hara kept while he was in the Navy from 1942-1945. It will also touch on its companion volume, “Shirley, His Only Love”, written about John O’Hara’s wife and their life together in Rhode Island after they met in 1948. He may also mention his most book, “Rhode Island Diners Today”, and his newest research on outhouses!

If you look around your neighborhood, there are probably some of these large, three-story houses; however, elsewhere in the U.S. they are not there.  Why is that?  When were the first of these large homes built, and why?  Are they an offshoot of our manufacturing roots, as necessary housing for workers?  And, are they really a “menace” within a neighborhood?

Dr. Morgan Grefe, the Head of the Rhode Island Historical Society, became interested in this form of housing during her Ph.D. studies at Brown University.