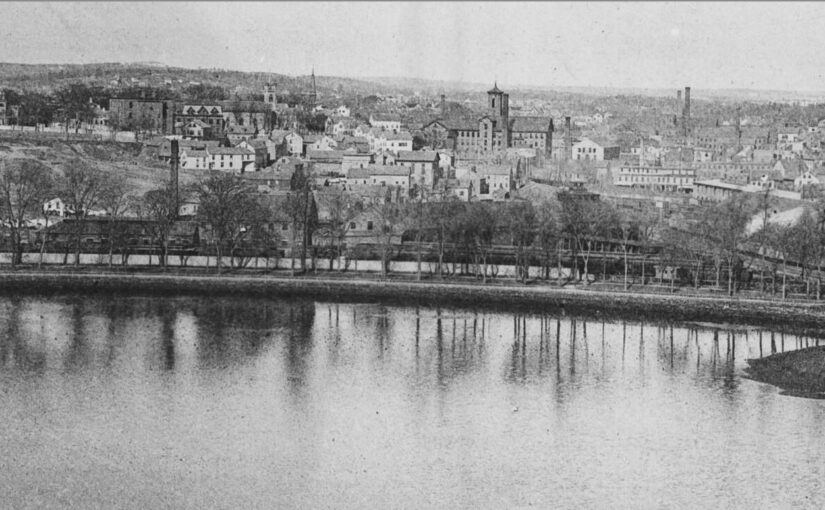 Theodore Coleman has sent us some additional literature for those who are interested.

Joseph W. Sullivan’s paper on the Olney’s Lane Riot, in the Summer 2007 Edition of the RI Historical Society’s Rhode Island History publication. Copies of it and other editions of RI History are available on the RIHS Website.

Paper written by John Crouch, which provides the news/noise background surrounding both the Hardscrabble and the Snowtown attacks.

On April 24 at 2:00 p.m,, Theodore Coleman will give a presentation at BVHS about the 19th century community of Snowtown in Providence, and the race riots that took place there in 1831.

Snowtown was a small, mixed race neighborhood of the early 19th century, initially developing around the area of Smith Street, and eventually expanding to encompass the entire hill where the State House is located, down to the Providence Place Mall.

Snowtown was made up of homes of poor black and white laborers, small businesses, saloons and boarding houses, and the population fluctuated with transients and migrants.  In 1831, a racially-motivated riot broke out, triggered by a saloon brawl, and the homes of black residents were targeted.  Over the course of four days, eighteen buildings in Snowtown and nearby Olney’s Lane were damaged or destroyed. Eventually, the state militia fired to disperse the mob, killing four people. According to Wikipedia, after the Snowtown riot, Providence voters approved a charter for a city government with a police force. Although the buildings in Snowtown were soon replaced, by the end of the 19th century, the neighborhood was lost to railroad construction and other development, including the building of the R. I. State House

Coleman writes that the original location of Snowtown, close to Smith Street, only appears as background in photographs of other subjects. The 1880’s photograph on this post is a detail of a photograph called “The Cove from the Top of City Hall” in the Pastore Collection at Providence College. It is one of the few images of Snowtown. It shows a mix of small houses and larger tenements, with the Zion Church building prominent on the west side of Gaspee Street.

Theodore Coleman is a civil engineer by education and occupation. As a child, he pulled a copy of John Cady’s The Civic and Architectural Development of Providence from his father’s library. The evolving geography of Providence has been a passionate interest ever since.

He is the author of The 1824 Providence House Directory, and Camp Hill, Hardscrabble, and Addison’s Hollow in Early Nineteenth Century Providence, and he is currently working on a guide to the John Worrall Providence Theatre Curtain.

He has been a member of the Center for Reconciliation’s Snowtown Research Team for the past two years. The team includes historians, archeologists, and other historical researchers. The objective of the Research Team has been to expand the story of Snowtown, beyond being the site of a nineteenth century race riot, and to provide a fuller picture of who lived there, and what it was like.