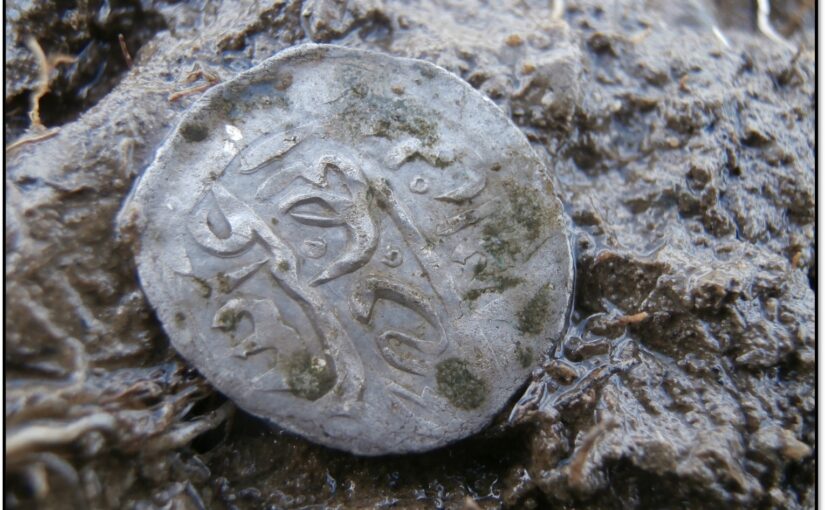 We ask all our guests to wear masks. Thank you.

On Sunday, February 13, historian Jim Bailey will offer a presentation at BVHS on the voyage and great escape of pirate captain Henry Every. An avid “detectorist” for over 35 years, Bailey’s recovery of a late 17th-century Arabian coin in Middletown, RI, led to years of research that ultimately connected the coin to plunder taken by Every and his men of the pirate ship Fancy. Publication of his work in a research journal of the American Numismatic Society in 2017 shed new light on the first worldwide manhunt in history for one of the most notorious criminals of the 17th century.

Every captured one of the  richest ships in the history of piracy – a large Mughal vessel off the coast of India in 1695. He later returned to England and vanished from the pages of history, eventually earning titles befitting his infamy – The Pirate King, The Successful Pirate, and The Arch-Pirate.

Bailey’s research into the coin he discovered and other 17th-century Arabian coins found in southern New England was covered by the Associated Press in April 2021 and made worldwide headlines as an opening of the world’s oldest cold case. From the recovery of an obscure silver coin no bigger than a thumbnail, a secret from well over three centuries ago was finally revealed: Before returning to England, Every traveled to the American colonies in the guise of a slave trader and spent time hiding out in Newport, RI.  When he sailed for England, he left behind nearly 40 of his men seeking new lives of comfortable obscurity in the American colonies.

Bailey is a lifelong Rhode Islander from Warwick. He is happily married and has one daughter, one son, two dogs, and too much to do. His discoveries into the history of Every’s infamous pirating career is under development for possible book and film projects.