Lincoln, R.I – September 2014 – On Saturday, September 27, ten sites along Lincoln’s historic Great Road will host special tours and displays with a focus on travel and transportation; ALL SITES ARE OPEN FREE to the public between 11:00 a.m. to 5:00 p.m.  Take tours, explore the area, and discover how local residents and visitors traveled about from the seventeenth century to today.  Organizations participating in the event include: Blackstone Valley Historical Society; Historic New England’s 1693 Arnold House; 1835 Captain Wilbur Kelly House, the Town of Lincoln’s 1694 Valentine Whitman Jr. House, 1810 Hearthside House, 1812 Moffett Mill, Chase Farm Park and the new site of the Pullen’s Corner Schoolhouse (1867 and 1850), 1870 Hannaway Blacksmith Shop; 1703 Saylesville Meeting House; and the 1740 Israel Arnold House which is privately owned and currently for sale by the owners, but will be open to the public on this special day.

Visitors are invited to board any one of three shuttle buses which will depart on three different loops of the sites and start at the Town of Lincoln’s Gateway Park parking lot, the Chase Farm Park parking lot, and the Blackstone Valley Historical Society.  Step-on guides will be featured on the buses to provide an overall history of Great Road along the way.    On-site or street parking available at each site with the exception of Moffett Mill and the Israel Arnold House.  There is no parking at the Moffett Mill and very limited access at the Israel Arnold House, so the best way to access these sites is to step on the shuttle which departs from Gateway Park parking lot.  * Some of the sites offer limited parking.  Some of the sites are also participants in the Smithsonian’s Museum Day.  Visit www.smithsonianmag.com/museumday  for more information.  Read more

Slice of Life (Past): Photographs of the Blackstone Valley, on loan from the R.I. State Archives. 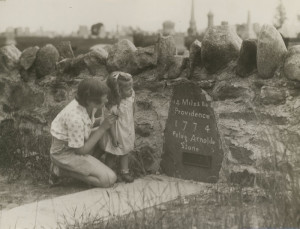 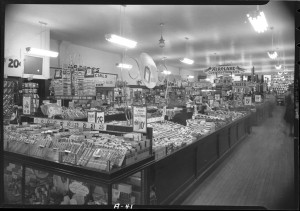 “The Battle in the Graveyard” 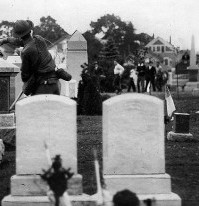 It was September, 1934.  Low wages and terrible working conditions brought worker unrest to the forefront.  In Saylesville, the streets were jampacked as thousands of textile employees left their jobs and clustered at Moshassuck cemetery.  To quell the unrest, the National Guard was called, resulting in a free-for-all of rioting and gunshots. 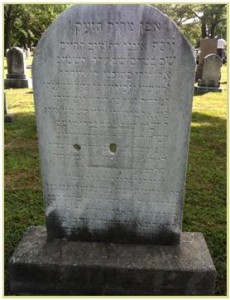 To this day, bullet holes still adorn some of the headstones within the cemetery.

Glenn Laxton was our guide to this bloody time in our neighborhood history.  With newspaper photos from virtually all over America to a DVD copy of movie footage of that disastrous day, Glenn will take us back to one of the major times of labor unrest within the Blackstone Valley.

Glenn Laxton, although he calls himself retired, is still an author and videographer.  In his time with the news channels, he won Emmy awards for his work on The Station fire, the von Bulow trial, and Plunderdome.  He recently created videos for winners of the Rhode Island Heritage Hall of Fame.

The textile workers strike of 1934  was the largest strike in the history of the U. S. at that time, involving 400,000 workers from New England, the mid-Atlantic and Southern states, and lasting twenty-two days.

Top Image from www.rifuture.org; photograph of gravestone by Susan Clarke. 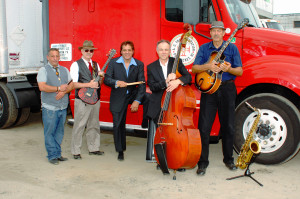 Ken Lyon brings his own special brand of music to North Gate. Lyon, the first ever inductee into the Rhode Island Music Hall of Fame, has been an integral part of all forms of entertainment, from folk, to acoustic guitar, to his favorite, the blues. At North Gate, he will introduce the audience to his own mix of jazz and blues. Lyon will be accompanied by a star-studded Rhode Island list of musicians: Dan Lederer on bass, Chris Brooks on pedal steel, Rich Calitri on harmonica – the “Mississippi sax,” and Mike Gornstein on drums.

A lifelong Rhode Islander, and the first to be inducted into the Rhode Island Music Hall of Fame, Ken Lyon has been a major force in music for over five decades. Beginning with his folk/blues time in 1960s Greenwich Village, Lyon’s career skyrocketed with his “In Concert” album in 1970. He was never afraid to experiment with music of any kind, including various electric/acoustic combinations, which culminated with his “Ken Lyon & Tombstone” in 1973. He also became a mentor for many Rhode Island musicians, including tenor sax player Scott Hamilton, blues and swing guitarist Duke Robillard, Brenda Mosher of Prince’s Vanity Six, and many more.

This night Lyon and his associates will fill the hall of the Blackstone Valley Historical Society with all forms of music, but will concentrate on such sounds as Texas-style blues, and jazz, a la Benny Goodman.

For over 40 years, Hank Gilpin has designed and made beautiful furniture using domestic hardwoods   On November 9, 2014, The audience enjoyed images of some of his finest hand-crafted pieces, and a great talk by one of the Blackstone valley’s master artists.

Hank Gilpin graduated from Boston University with a degree in photojournalism, but, a chance elective at Rhode Island School of Design led to his chosen profession of woodworking. He works exclusively in solid wood to hand-tool his masterpieces. 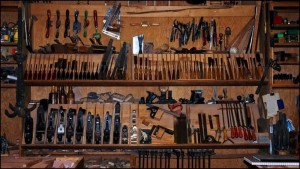 Gilpin’s work was featured in New American Furniture at the Museum of Fine Arts, Boston, in 1989, the show that established studio furniture nationally. 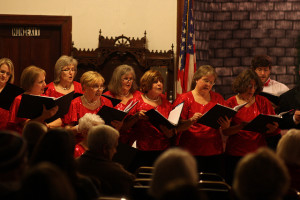